To share your memory on the wall of Beni Hawkins, sign in using one of the following options:

Provide comfort for the family by sending flowers or planting a tree in memory of Beni Hawkins.

Provide comfort for the family of Beni Hawkins with a meaningful gesture of sympathy.

Beni Lewis Hawkins of Martinsburg, West Virginia, died at home on Monday, 7 September 2020. She was surrounded at death by three of her four daughters and by her husband.

Beni was born Brenda Janice Lewis in Qulin, Missouri, on 2 March ... Read More
Beni Lewis Hawkins of Martinsburg, West Virginia, died at home on Monday, 7 September 2020. She was surrounded at death by three of her four daughters and by her husband.

Beni was born Brenda Janice Lewis in Qulin, Missouri, on 2 March 1943, to Victoria Huse Lewis and Solomon Jefferson Lewis. She attended local schools and graduated from Broseley High School, Broseley, Missouri, in 1961. She attended college at School of the Ozarks in Point Lookout, Missouri. It was there that she met her first husband, Robert “Bob” Whitman, whom she married in 1964. In the late 1960’s, she and Bob moved to Southern California, settling in the town of San Pedro, a place always dear to Beni’s heart. After her marriage to Bob ended, she moved to Riverside, California. While in Riverside, she worked as an Admitting Clerk in the Emergency Room of Riverside General Hospital. In 1978, Beni moved to Loudoun County, Virginia. On 23 September of that year, she married Ed Hawkins, to whom she was married for almost 42 years. She and Ed settled in Sterling, Virginia, where Beni worked as a Dental Assistant in the practice of Owen Vahid, DDS. They lived in Sterling until moving to Martinsburg in 2005.

Beni was a gifted woman. She was a champion racewalker. At one time during the 1960’s, she held the unofficial world’s record for speed in that sport. She was an amazing seamstress, designing and making clothes and various articles needed for the home. She was a good carpenter, plumber, landscaper, gardener, and fence–builder, designing and building fences for each of the homes in which she and Ed lived. She was a devoted crafter, making and selling Raggedy Ann and Andy dolls as well as various pieces of Tole painting.

Her greatest talent, though, was in her vocation as a mother. She and Ed had four daughters: Sarah Margaret, Rebecca Hope, Beni Marie, and Anna Marie. Beni raised all four girls to be proud and independent women. She strenuously fought for them when necessary when they were little and faithfully stood by them when they fought their own battles as adults. She gave each of them a self-confidence that allowed them to obtain Bachelor’s degrees in various disciplines, and, for Anna Marie, a Master’s degree in special education. She was immensely proud of their successes in their chosen careers: Sarah and Beni Marie are Registered Nurses, Rebecca is an employee of the Federal Government, and Anna Marie is a teacher of children and adolescents with special needs. Her two nursing daughters gave her in–home, round–the–clock care during the last year of her life as her health declined.

Beni is survived by her husband, her four daughters, and her dearly beloved granddaughter, Casey Wolf Bunting. She also is survived by Anna’s husband, Jered Griffin, by Rebecca’s husband, Johnny Martinez, and by her sister Hope Carr (Dick), her nieces Linda Bunting (Charles), Vicki McElroy and Trish McElroy; and her nephews, Terry Stroud, Darren Carr, Scot Carr, and Boyd Carr. She is predeceased by her parents and by her sisters, Virginia Lewis and Vera McElroy, and her brothers Freeman and Rex Lewis.

As she wished, Beni will be cremated. There will be no services. Her daughters are hosting a private memorial gathering for local family and friends.

Receive notifications about information and event scheduling for Beni 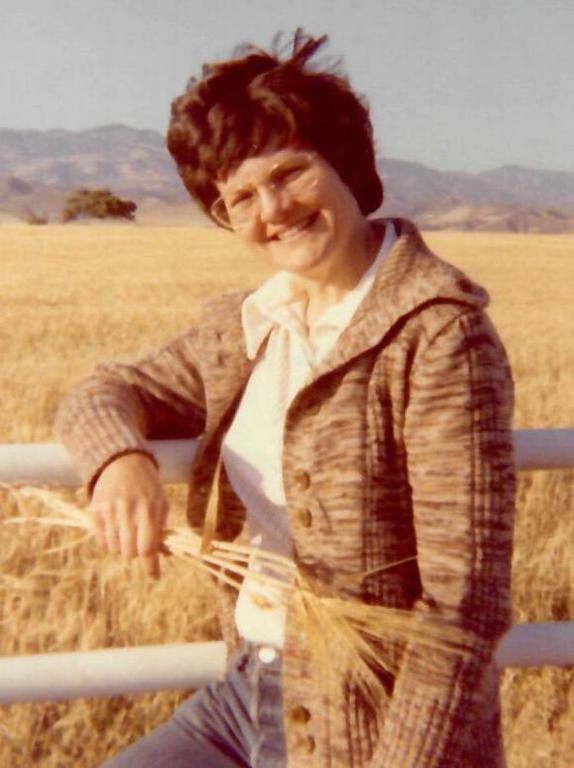 We encourage you to share any memorable photos or stories about Beni. All tributes placed on and purchased through this memorial website will remain on in perpetuity for generations.

Honor the life of Beni Lewis Hawkins (Lewis) by planting a memorial tree.
Plant a Tree in Memory of Beni
Planted in the area of greatest need

We encourage you to share your most beloved memories of Beni here, so that the family and other loved ones can always see it. You can upload cherished photographs, or share your favorite stories, and can even comment on those shared by others.